Rob’s romance with this nastily low and charming speedy MR-2 has been raging for many years now. It all started in 1999 (how long back was it!) Then they first met. He then was a mere clerk in the town of Morec, in Slovenia, and she, a stunning Japanese thing, just while back she was wheeling through the Japanese streets.

During a whirlwind like romance, as usual, he had tried all sorts of standard ways of courtship. In part- to somehow refresh his girlfriend, that was rather worn by that time and due to change of her residence. As soon as they went through the first dissatisfaction because of the decorations taken away, Rob even set out to sell Toyota, reassuring himself with the thought that it was realistic to buy the same model, but less worn out. But after some deliberation, he refused of such a quick decision.

The radiant sunshine coast and the green lawns in front of the house had brought up memories of the faded love for driving fast and doing sharp turns. Rob decided to start the tuning procedure with the wheels. After a brief search he had chosen the five-way 17-inch BBS with the popular Toyota MR-2 rubber to just get more attractive contours.

And the pace was getting even faster… After the test driving in the city, Rob has decided to shake up almost all of the body parts of his pet. Because the vehicle had entered the second decade of her age, it was necessary to undergo an urgent interference to each of the nodes. The entire tuning team was engaged. This being a technically demanding operation of the machine, the efforts of local assistants had come handy in an almost perfect way. After a long and arduous months of work, the nature of MR-2 got some cocky traits, and no one had to worry now about the reliability of the vehicle (which was most important). 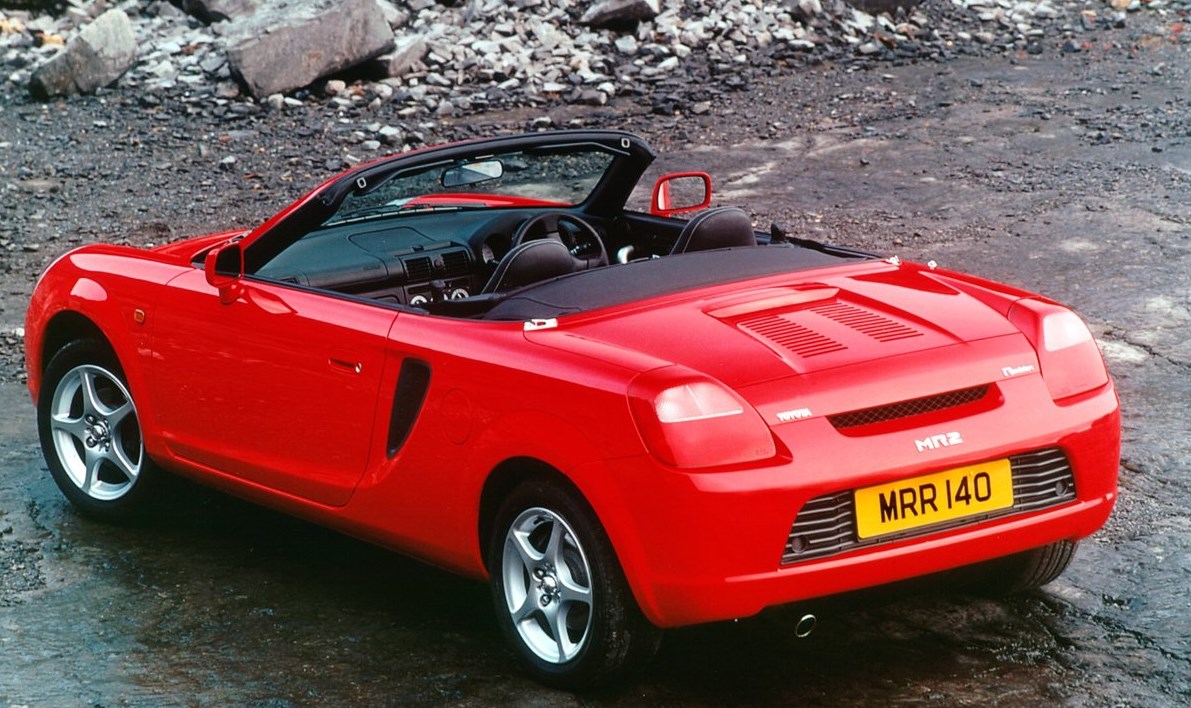 And it’s not the end yet… Right away after the deserted pavilions auto the show took place, the work on “Targo” had been recommenced. Quivering our heart, the vehicle moved briskly along country roads, and altogether entered into a mysterious tuning office to continue the feast. After numerous polishes, balancing, relief, implants and other witchcraft, the motor could freely spun right up to 12,000 rpm! The bright sparks had now instantly glimpsed from the new coil and down to the spark plugs, igniting the younger heart of the auto. Wasn’t it just one more reason to fall in love again?

Yes! The car had finally been painted in a quality manner. In just two colors. Now, in reflection of the blue azure of the sides and the black anthracite, the bonnet reflected the blue of the skies and green lawn near the house that had long ago in Rob’s head awakened a desire to give the machine a second life. Therefore, if you ever visit the Slovenian coast, you may well hear the double silencer deep uterine sound and learn in the passing of the blue fighter, the silhouette of the car that now looks at you, and you should realize that this story of the new “ugly duckling” will definitely be continued.

Long time ago car turned into not only a vehicle but also a luxury and entertainment object. Many car owners want to have a powerful sport car but not all of them can afford it. There is a way out – if you have a BMW, think of installing stoptech big brake kit bmw. Those who own a Nissan, might be interested in nissan 350z twin turbo kit or nissan gtr turbo kit.

Even if you don’t manage to find things you require, don’t frustrate. Currently we have a truly unique chance to choose exactly what you require at the best terms which are available on the market. All that we need is the web technologies. Use search engines, review blogs, social networks and forums. All this will help you find out lots of various info. And with that sign up for the RSS on this blog and you will always keep abreast.